There are over 1000 Charlottesville realtors and 90% of us are professional. However, I like to think I am savvier than most but just ask my wife :} 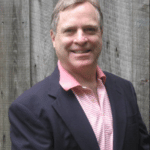 I began my career as a personal assistant to President Jimmy Carter in 1979.  I was in the White House during the Iranian Crisis and Billy Beer saga…I literally stood 10 feet from the President when he was making his case on the lawn of the West Wing. What a kind and honest man, but sadly he trusted the Russians too much.

Four months later, I decided to call it quits before I was kidnapped, shot, poisoned, and drowned returning to Miami with 25 cents, amoebic dysentery, a fabulous butterfly collection, and rhinoceros beetles the size of my hand (some still alive). But no birds. Using mist nets in the jungle was harder than it looked!

I then headed north above the Arctic Circle to photograph polar bears in Kotzebue, Alaska. And after some incredible adventures, I decided to call it quits before I was eaten alive by both the mosquitoes and a polar bear.

They sure look cute but one swipe of their paw can take your head off. In fact, as I arrived, I met a gent at the airport who was departing back to the Lower 48. And as he wished me good luck he said his great pal (whom he was just with) had just been killed by a polar bear while taking its picture.

I was done with this type of wildlife and returned to New York City in search of another type of wildlife! Being poor in NYC is not fun! So I borrowed $25,000 from friends and family and in 1983 opened the Surf Club, which overnight became the most famous nightclub in NYC since Studio 54.

Our logo was ‘Guys with Ties & Girls with Pearls’. Muffy, Buffy, Bitsy, and Binky were there EVERY night! Eventually, we opened the Zulu Lounge also in NYC, the Kangaroo Club during America’s Cup with the Aussies, Surf Club Southampton, Surf Club Atlanta, and Surf Club Dallas.

We sold more champagne than any nightclub in 1994.  After 10 years of fun and non-stop laughs, I decided to settle down and elope with my now wife, Terri.

But it was time to move!

So again with a lot of help from friends and neighbors, we turned a 20-room, Queen Anne, Watch Hill summer cottage into a Decorator’s Showhouse donating the proceeds to a local charity (and then eventually selling it).

My late mother had been a founder of the Kips Bay Boy’s Club Decorator Showhouse in New York and with that many of the top decorators in the country, signed on to exhibit their amazing, colorful summery, designs. Traditional Homes featured our home with a full spread in 1998.

Homeless we then purchased a famous plantation on the Mississippi River called Como Plantation in St Francisville, LA. that we had found after attending Jim Bob Moffett’s daughter’s wedding in New Orleans. It had a 6-mile driveway and 2 miles of Mississippi River frontage.

We were determined to make it a tourist destination for the Mississippi and Delta Queen until we realized that with two young children, no cell phone service, and the nearest school being 36 miles away that it was time to sell.

Four years later, we sold it to Gov Edwin Edwards in 1996 who was going to use it as a high-stakes poker retreat. He was indicted 6 months later under the Federal RICO Act and sent away for 5 years.

We moved to Charlottesville in 1997 where I began practicing my singing and dancing (a la Frank Sinatra, Jack Jones, and Fred Astaire), and in 1998 produced a one-night Broadway show called Girls, Girls, Girls featuring yours truly with the world-famous, 26-piece, Tony Corbicello orchestra.

Thus began my second illustrious career as one of many realtors Charlottesville. At this time, Zillow, Trulia, Realtor, and Redfin did not exist. And with my SEO knowledge, I threw up 21 websites and ranked 20 out of 21 in the number 1 position on Google! Wow, what a mistake…I was out with 2-3 new clients seven daze a week. I almost went coo-coo.

My greatest joy was representing the buyer of Montebello (in Orange Co), the birthplace of Zachary Taylor, and the last privately-owned Presidential home.

When the market crashed in 2008, I purchased a 35 ft Fleetwood RV and headed to Clearwater, Florida. The transmission blew 12 miles from my RV Park and after almost 24 hours I was eventually towed to my camping spot 20 ft from the bathrooms.

I moved from park to park and spent years renovating and flipping houses. All in all, with over 11 flips/renovations and over 100 homes sold, I can say with confidence that I will save you money on your next purchase. I have learned my trade! So forget about the other 1000 Charlottesville realtors…and let’s get together and preview some Charlottesville homes.

My forte is in negotiating and getting you the lowest possible price. Or selling your home for top dollar in a slow market. Whaddya want I’m from New York, see!

So see you soon?

Call or Text The Charlottesville Realtors